Taking the plunge into communication 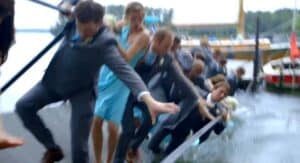 My motivation for writing this blog

Welcome! And a special welcome to all those clients, students, and colleagues who have been encouraging me throughout the years to start putting my collected communication ideas down on paper. I think the picture for this post captures ‘taking the plunge!’ well: fully dressed and completely unprepared :- )

It never ceases to amaze me how central communication is to being human. Hence this blog, with which I commit to putting in writing the many twists and turns through which I have come to understand what I have come to believe and perhaps even consider to be true.

By ‘communication’ I mean everything that we do with and to each other and to ourselves with words. A crazy sales man once unintentionally wisely said “The person you will talk to the most today is yourself: be careful what you say.”

An important issue about which at the moment I say no more than to juxtapose two attitudes is that of ‘voice.’ In the fall of 1996 during a seminar on Emmanuel Levinas, a certain Prof. Rudi Visker at the Higher Institute of Philosophy in Leuven told us – his semi-devote doctoral students – that the ritual of obtaining a Ph.D. is the ritual of being bestowed with a voice. What he meant, and I believe he sincerely believed it, is that only after receiving a Ph.D. does someone have the right to speak; that is, to speak with their own voice rather than as a ventriloquist puppet speaking for all the hopefully well-read books and articles of others. On his masterful ‘Street Hassle’ – released in February of 1978 on the same-titled album – Lou Reed, on the other hand, says, “You know, some people got no choice … And they can never find a voice … To talk with that they can even call their own … So the first thing that they see … That allows them the right to be … Why they follow it, you know what it’s called, bad luck.” This issue of voice will accompany us throughout our investigations.

Last but not least, I feel the need to make it absolutely clear that I struggle with communication each and every day. I am a far from perfect communicator. I am painfully aware of the many situations and relationships I have done my part to ruin with atrocious communication. Some of the time as the willing ventriloquist for feelings and impulses I was unable to understand or control, and more of the time because I had at best only a vague, and at worst a simply wrong, or simply no idea of how the way I was communicating was influencing my relationships and my success.

This blog is thus about my ongoing project of harmonizing these three and many other issues in the most authentic voice I can muster. It is about theory, but only ever in so far as theory rubber hits the proverbial lived experience road.

I’m glad you have found my blog and look forward to any and all comments. Please comment in English, German, or Dutch as these are the languages to which I can respond. 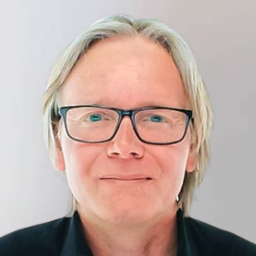 Alexander Harmsen trains and coaches essential communication insights, attitudes, competencies, output and well-being. When he isn’t empowering people to easily realize their communication goals, he is probably swimming or playing guitar. He also writes about what we do with words and what words do with us here.